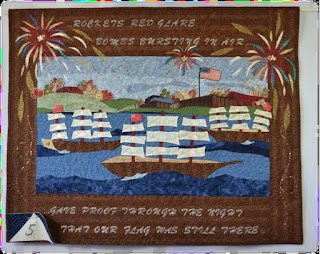 Here is a recent art quilt I created for a Flying Geese Quilters Guild challenge. The challenge was to create a quilt based on an event in American History. I chose the writing of our National Anthem. This pictorial quilt is based on the battle for Fort McHenry that occurred during the war of 1812. Francis Scott Key was being held on a British ship that was bombing the fort. He struggled throughout the night to see if the American flag was still flying over the fort. The Americans withstood the bombing and held the fort. Francis Scott Key later wrote a poem about this event, it was put to music, and ultimately became our National Anthem.

I received a second place award in the innovative landscape category and received the award for best theme interpretation for this quilt. It is on display at UCI in the Department of Electrical Engineering and Computer Science, Engineering Hall, room 2205.
Posted by Eileen Wintemute at 4:11 PM 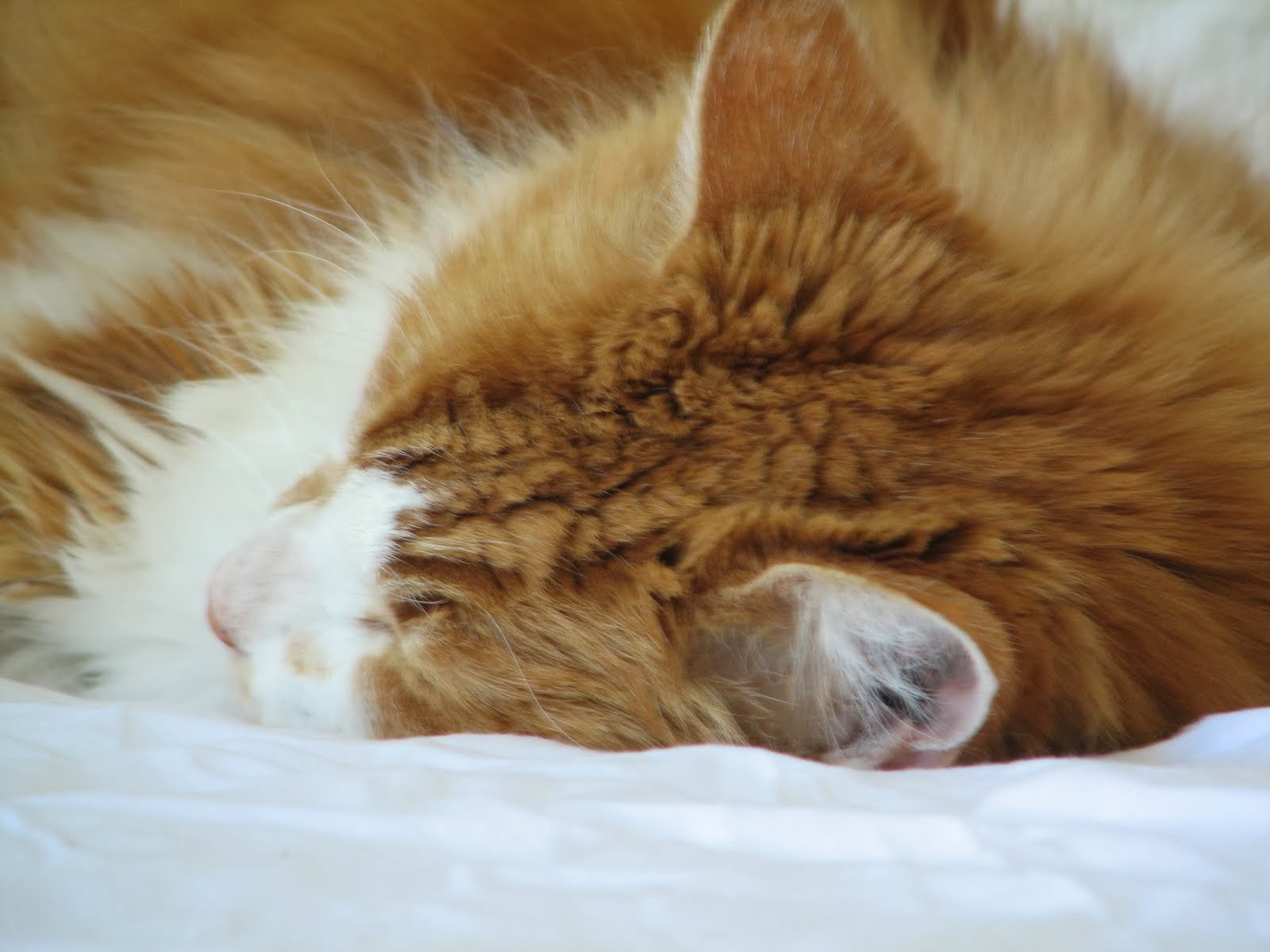 Eileen Wintemute
Orange County, CA, United States
I am an artist, gardener, fly-fisherwoman, quilter, and retired Engineer, all of which influence my work. I live with my husband in Orange County California.

Beyond the Edge Fiber Artists 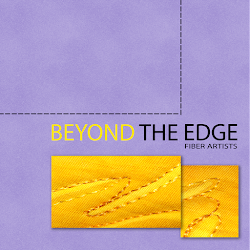